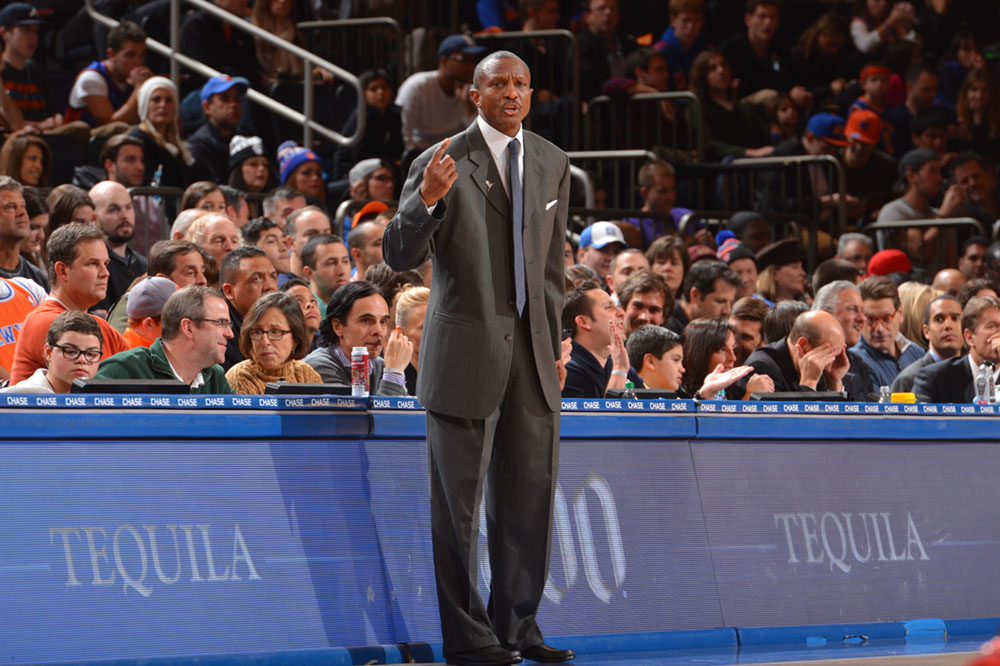 For a man that knows the value of physically dominating an opponent, Dwane Casey isn’t a big fan of all the friendly exchanges between teams once the whistle blows.

Whether it’s the pre-tipoff hugs or the bum pats during a game or even helping an opponent up from the hardwood, the Raptors coach would just as soon leave all the niceties until after the game.

And slowly, he’s getting his team to come around to his way of thinking.

“Not as much,” Casey said when asked if he was still seeing that from his team. “That is one thing we have worked on. We want to take that away. They are our enemy for two hours. We want to hit them and be physical within the rules, but be the grittier team. I see the transformation coming.”

Casey has no problem wishing a guy well after the game, but even Jose Calderon, a guy Casey became very fond of during their time together in Toronto, is not going to be receiving any hugs or greetings from the coach during the game.

“That’s how I look at it and I know that’s how they (the Mavericks) look at it as a veteran team. We’ll shake hands and be friends, but those two hours between the lines you are trying to disrupt and take away what they are doing to you.”

Casey says he sees the hard, physical play from guys like Amir Johnson and Kyle Lowry, but has been particularly impressed with the strides DeMar DeRozan has made in those situations.

“DeMar has really grown from the physicality standpoint,” Casey said. “I was watching our game with Dallas last year (on Thursday night) and just seeing the growth he has made from that point to now with physicality is huge. Guys getting into him and him fighting through it. He’s getting there and I would say he would be the one from our top three core that has made the biggest step.”