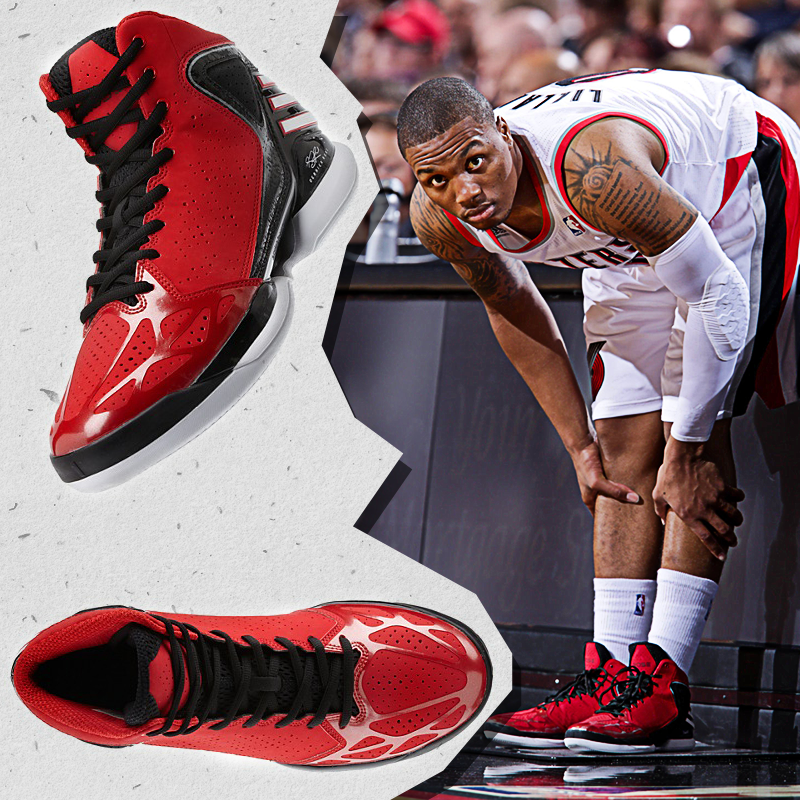 via espn.go.com by Brian Windhorst and Darren Rovell

Portland Trail Blazers star Damian Lillard signed a contract extension with adidas on Monday that will make him one of the highest-earning endorsers in the NBA.

The deal, which can extend to 10 years, could be worth up to $100 million including incentives and options, sources told ESPN.com. It’s believed to be the largest shoe deal since Derrick Rose signed a 13-year deal in 2012 that could be worth more than $185 million. LeBron James and Kevin Durant, both of whom are with Nike, are the highest-earning active players when it comes to shoe endorsements.

Lillard, who was the 2012-13 Rookie of the Year and made his first All-Star appearance this season, has connected with young fans because of his shooting ability and easygoing personality. He has averaged 20.8 points and 5.6 assists in helping the Blazers clinch a playoff spot.

“Adidas has been great to me over my first two seasons,” said Lillard in a release. “I’ve had the opportunity to wear a lot of great product, help design special versions of shoes, be a part of TV commercials and travel the world with the brand. I’m excited for what the future holds for me and adidas.”

Lillard will be featured in a series of Foot Locker ads pitching adidas starting this week in which he co-stars with several retired football and basketball stars.

While Lillard did not have a signature shoe in his first two years with the adidas brand, the company will likely put one in its plans. Like Rose, one thing adidas has going for it is that Lillard is on a team whose primary colors are red and black, which have been the most popular colors for sneakerheads since the early days of Air Jordans.

As adidas continues to market Lillard more, the question will be whether he can break out of the Portland market, which could be a challenge. It’s not impossible, as both James and Durant became marketing icons playing in Cleveland and Oklahoma City, respectively.

Lillard signed a deal with adidas after he was drafted sixth overall in 2012, one that included an opt-out clause after this season. Adidas reached an agreement on the big extension with Lillard and agent Aaron Goodwin, who also negotiated James’ and Durant’s first deals with Nike when they came into the league.

Despite the large deals given to Rose — and now Lillard — shoe industry insiders don’t expect adidas to be conservative during this year’s draft, which is loaded with potential stars such as Andrew Wiggins and Jabari Parker.

Adidas has the official apparel deal with the NBA but had only a 5.5 percent stake of the U.S. basketball shoe sales market in 2013, according to SportsOneSource, a market retail tracking firm. Nike and the Jordan Brand, which it owns, combined for 92 percent.