From televisions and smartphones to tablets and game consoles, Americans are consuming content on every device under the sunâ€” the latest versions of which will be on display this week at the 2013 International Consumer Electronics Show in Las Vegas.

According to Nielsenâ€™s new U.S. Consumer Usage Report 2012, nearly 120 million people within television homes own four or more TV sets, and 16 percent of television homes own a tablet. Smartphone owners officially make up the majority of mobile subscribers, as 56 percent owned a smartphone as of Q3 2012. Additionally, the number of social media users continues to increase across all platforms as consumers use social networking as a vehicle to navigate the ever-expanding media universe. 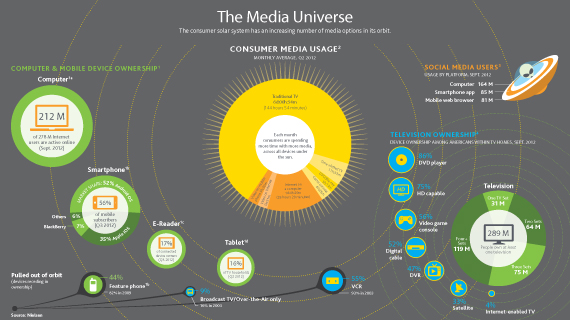