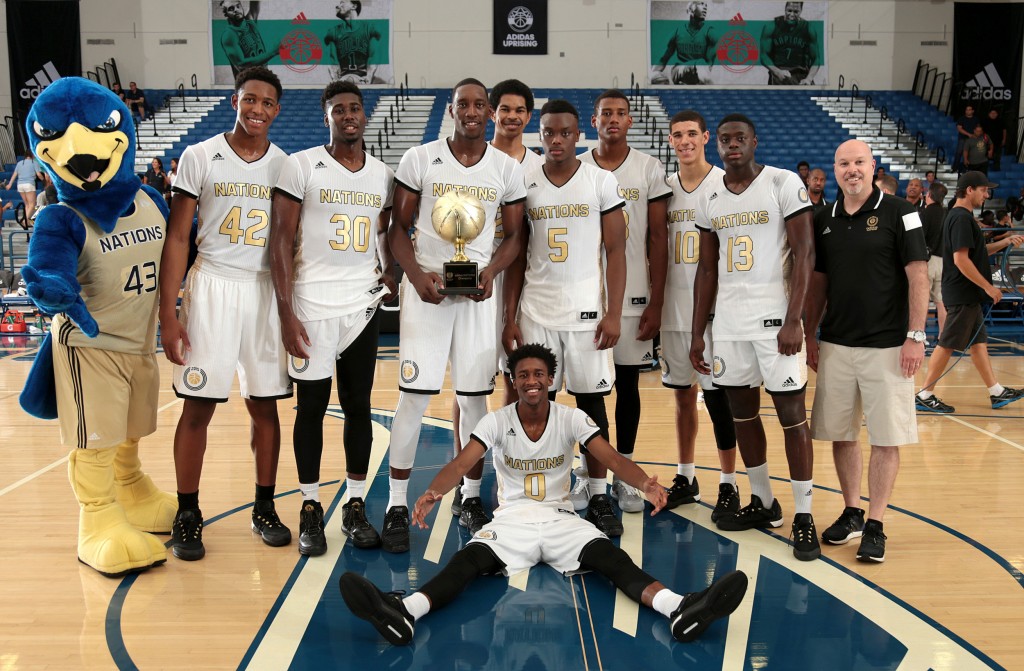 adidas Nations tipped off July 30 at Next Level Sports Complex in Garden Grove, California. Over four days, more than 80 of the top under 18 players from around the world had the opportunity to hone their skills under the guidance of elite coaches. A mix of skill and development drills and scrimmages took place July 31- August 2. The camp culminated August 3 with third-place and championship games played at Cerritos College at 4pm PT and broadcast live on ESPNU.

In the third place game Team Africa edged out Class of 2017 Team Lillard by a score of 89-85. Alpha Dialla led Team Africa with 30 points and 13 rebounds. In the adidas Global Nations Championship game, Class of 2016 Team Rose defeated Class of 2016 Team Wall 113- 93. Rawle Alkins won MVP honors scoring 26 points while shooting 9-for-16 from the field and 6-for-8 from beyond the arc in the victory.