Skip to content
Partnership Opportunities for the Lott IMPACT Trophy

HallPass Media is the official agency of record for the Lott IMPACT Trophy and facilitates all sponsorship and charitable contributions affiliated with the prestigious award. Named after All-American and Pro Football Hall of Fame Inductee Ronnie Lott, the Lott IMPACT Trophy honors college football’s defensive best in character and performance. Past winners include Anthony Barr (Minnesota Vikings), Luke Kuechly (Carolina Panthers), J.J. Watt (Houston Texans), James Laurinaitis (St. Louis Rams) and many more who have gone on to distinguish themselves in professional football and the communities they work in. 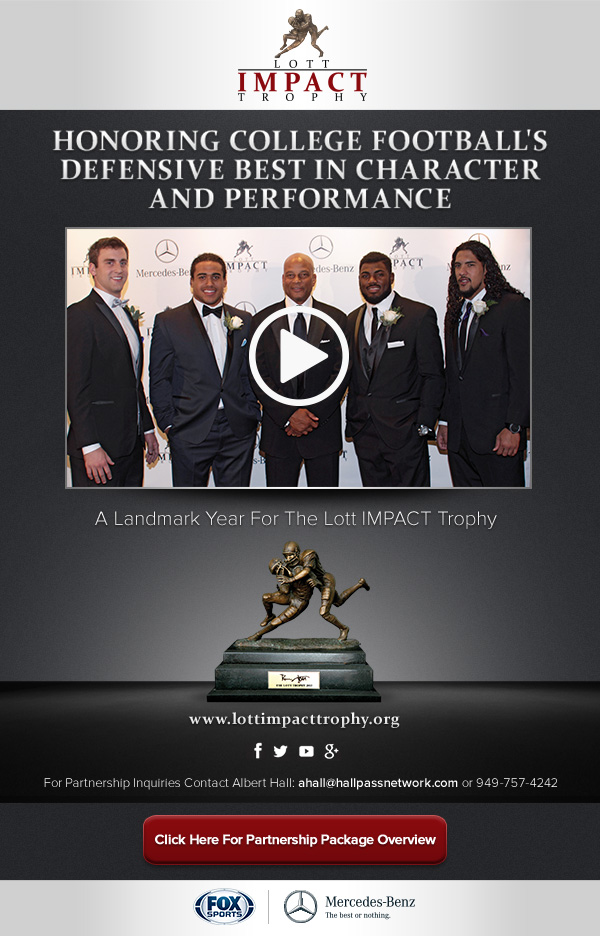