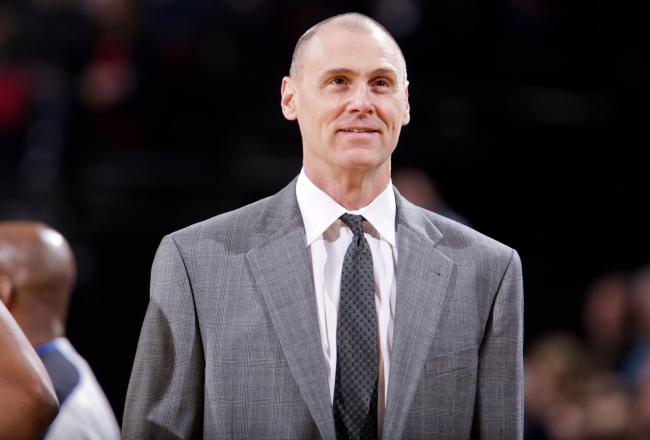 On what makes Rick Carlisle such a good coach:

“I think there are a couple of things. One, he’s completely open-minded, and he’s always learning. He’s not set in his way, whether it’s using analytics and intergrading them to learning how to communicate better so they can absorb what he’s saying. It’s interesting when you go into the locker room before a game, it’s not like he’s telling them, it’s like he’s asking them. Here’s what we covered in shoot around, when this happens what’s the coverage, when this happens what are we doing, do we switch on that, so he really has evolved to where he gets guys ingrained into what he’s saying whether it’s preparation for a game or in practices, and that’s been a huge step and obviously in game. When it comes to real time, he’s one of the top three or four.”

On the season so far:

“We still have a long way to go. If you put everything in context, there are so many new players still learning how to play together. That has to come along, and we have to get better defensively, which we are. Our defense is definitely improving. We have to get Brandan Wright and Devin Harris back. We got hurt where we were playing Jose Calderon took a hit, and we were playing two rookie point guards, and that’s pretty much impossible to do. Getting healthy will help us and so will a little bit more time together. We should be able to be better if we get healthy, which is a good thing.”