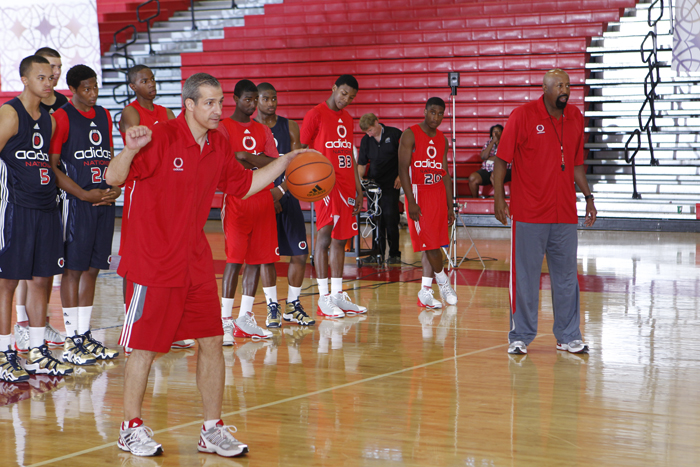 via insidesocal.com by Jack Wang

Steve Alford said during his introductory press conference Tuesday that his UCLA staff would be filled within the next 24 to 48 hours.

“I wasn’t really looking to get back into college coaching,” Schilling told the Star. “I was content with what I was doing. But to be able to coach with one of my best friends and to do it at UCLA was a once-in-a-lifetime opportunity.”

Schilling spent the past four years at Park Tudor, a private K-12 school with a total enrollment of less than 1,000. While there, the 47-year-old won two Class 2A state titles, notably coaching Yogi Ferrell — recently named to the Big Ten All-Freshman Team as he led Indiana with 4.3 assists.

He compiled a 75-93 record at Wright State from 1997-2003, and worked as an assistant under John Calipari at Massachusetts, Memphis and the New Jersey Nets. He also founded the basketball training facility Champions Academy, and has also worked extensively with Adidas Nations.

Schilling co-wrote a book on basketball guard play with Alford.