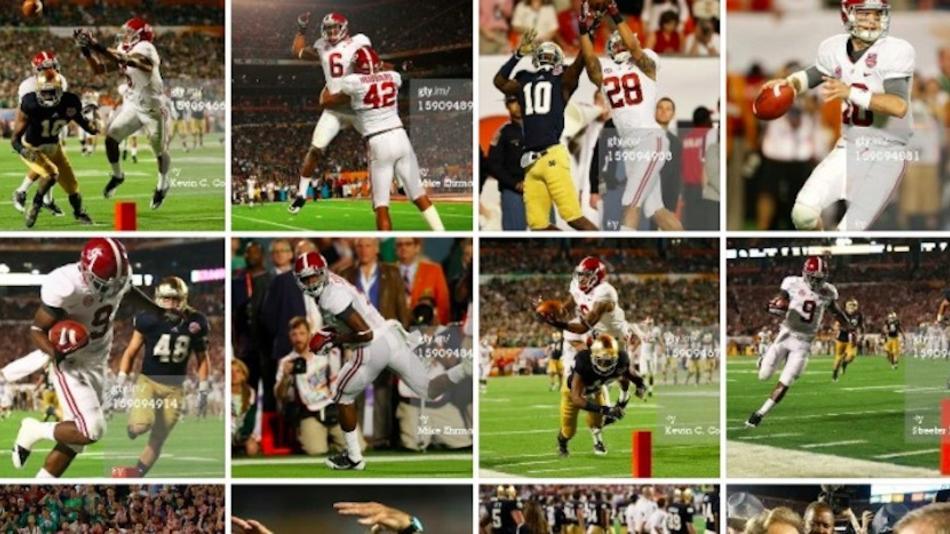 via mashable.com by Sam Laird

With its extensive library of promo photos from major news events and exotic locations around the world, Getty Images could one day become a force on social media. That day may, in fact, come sooner than later.

The company on Monday launched something called “The Feed by Getty Images,” which essentially piggybacks off Twitter’s API to identify trending topics on social media then push out Getty photos that match those conversations. For major news, sports and entertainment in particular, this could launch a much more powerful presence for and greater awareness of Getty on social media.

Getty produces more than 10,000 images per day and many of the best ones will find their way to Getty’s various Facebook pages, the @FeedMeGetty Twitter handle and a gateway page at thefeed.gettyimages.com. On Twitter for example, the company will post images of trending topics each hour, then increase that output when major news breaks or big events take place. On The Feed website, meanwhile, users will also be able to look at photos of trending topics sorted by region.

Yvonne Chien, the company’s senior vice president of marketing, says the move’s goals are twofold â€” to drive more Getty subscriptions and image purchases, as well as elevate the brand’s profile and visibility with normal Internet surfers simply hungry for visual content to look at.

“There is undoubtedly a desire from both business customers and consumers alike to see the newest and most exciting images,” Chen told Mashable in an email. “The Feed was built to open up ways for Getty Imagesâ€™ content to be showcased through todayâ€™s top social media networks, enable real-time engagement and create new experiences. We looked to see whether other visual content providers had this type of capability, automatically populating their content into social media using trending algorithms, and did not see any similar brands doing this anywhere else.”

Chen says the project has been in the works for four months, and that it will likely soon expand to include video and additional social platforms.

Do you think this is a cool idea, or are there already enough photos on the social web? Give us your take in the comments.