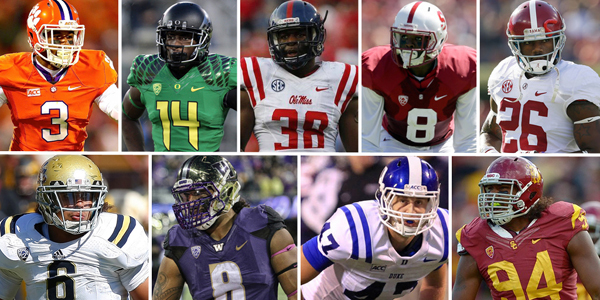 The student-athletes represent the qualities embodied by the award – Integrity, Maturity, Performance, Academics, Community and Tenacity.

The Pac-12 dominated the selections with five players chosen while both the SEC and ACC had two each.

Ballots to select the winner (and finalists) will be sent to more than 400 national voters, a panel that includes former coaches and players, members of the media, past Lott IMPACT Trophy winners and finalists as well as members of the Board of Directors for the Pacific Club IMPACT Foundation, the sponsors of the award.

The four finalists will fly to Newport Beach for a black-tie gala at the Pacific Club on Dec. 14 where the winner will be announced, broadcast live on Fox Sports at 7 PM PST. The Pacific Club IMPACT Foundation will make a $25,000 donation to the general scholarship fund of the winner’s university and $5,000 to each of the school’s of the runner-ups.

In 10 years, the The Pacific Club IMPACT Foundation has donated more than $1 million, including nearly $500,000 to universities throughout the country.