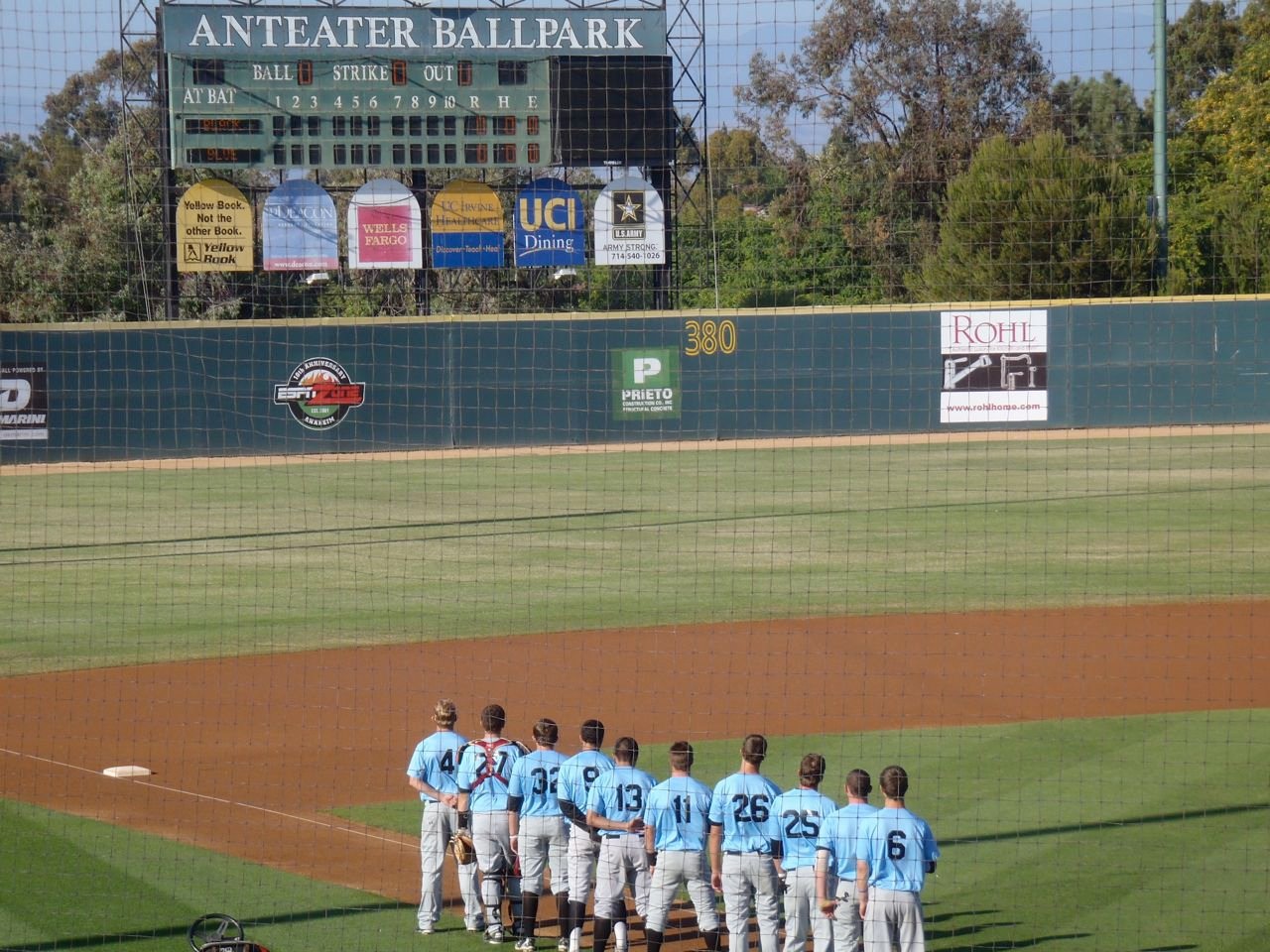 Game 2 of the 4th annual Elite Baseball Series at UC Irvineâ€™s Anteater Ballpark featured an impressive showdown between the Elite Black and Blue teams. We could not have asked for a more exciting game on this beautiful Saturday afternoon. Todayâ€™s game demonstrated the offensive potential of these talented athletes. The Black team finished on top 8-6, although it was back and forth throughout the contest. Although several players rose above the rest, the Elite players of Game 2 wereÂ Daniel Conmy of El Toro High andÂ Trevor Charpie of JSerra Catholic High School. Conmy went 2 for 2 on the day with a single and a bases clearing triple. Charpie went 1 for 2 at the plate with an RBI double and a run scored. He also hurled 3 scoreless innings for the Black team and made an outstanding diving play at shortstop.

Congratulations toÂ Daniel Conmy andÂ Trevor Charpie for being nominated as the Elite Baseball Series Game 2 Players of the Game. Stay tuned for more action at UCI tomorrow as the first weekend of the EBS concludes tomorrow evening. Action starts back up the following weekend at UCLAâ€™s Jackie Robinson Stadium, July 29-31.