As August comes to an end, we’d like to reflect back at how we closed out the Summer with adidas Grassroots Basketball events: adidas Gauntlet Finale (July 12-15), adidas Summer Championships (July 18-22) and adidas All-American Camp (July 22-24). 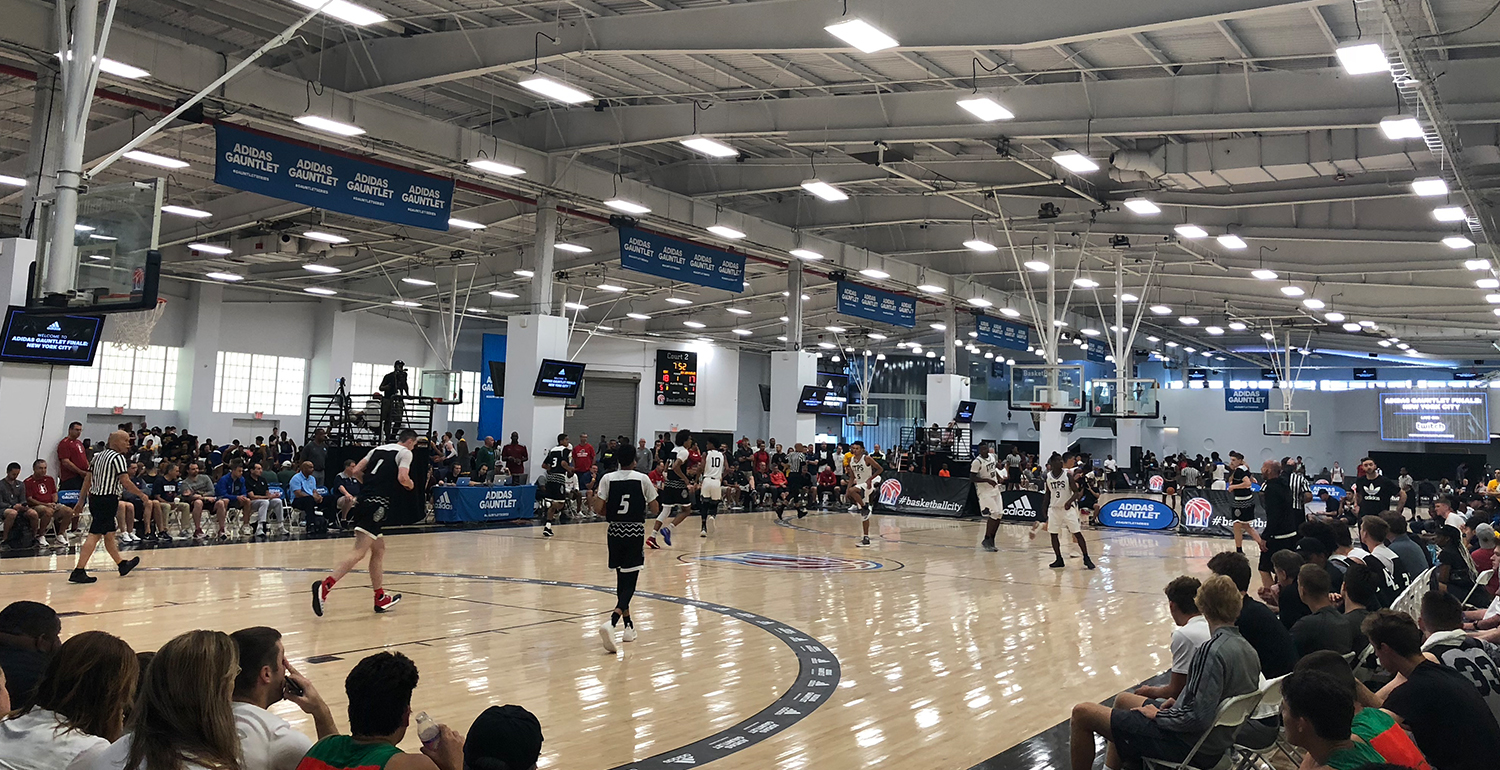 In the midst of the NBA Summer League, we had a team head out to New York City for the adidas Gauntlet Finale. The Gauntlet Finale was the final tournament of the adidas Gauntlet Series featuring the top seeded teams from the Gauntlet Series event in Atlanta in April, as well as various regional events throughout the spring. Teams converged in Basketball City on Manhattan to compete for the Finale trophy and bragging rights.

A total of 13 games were streamed live on Twitch over the course of 3 days. As far as the basketball went, the Compton Magic took the title after a thrilling double overtime victory over D1 Minnesota. The victory marked an exciting conclusion to the 2018 Gauntlet Series. 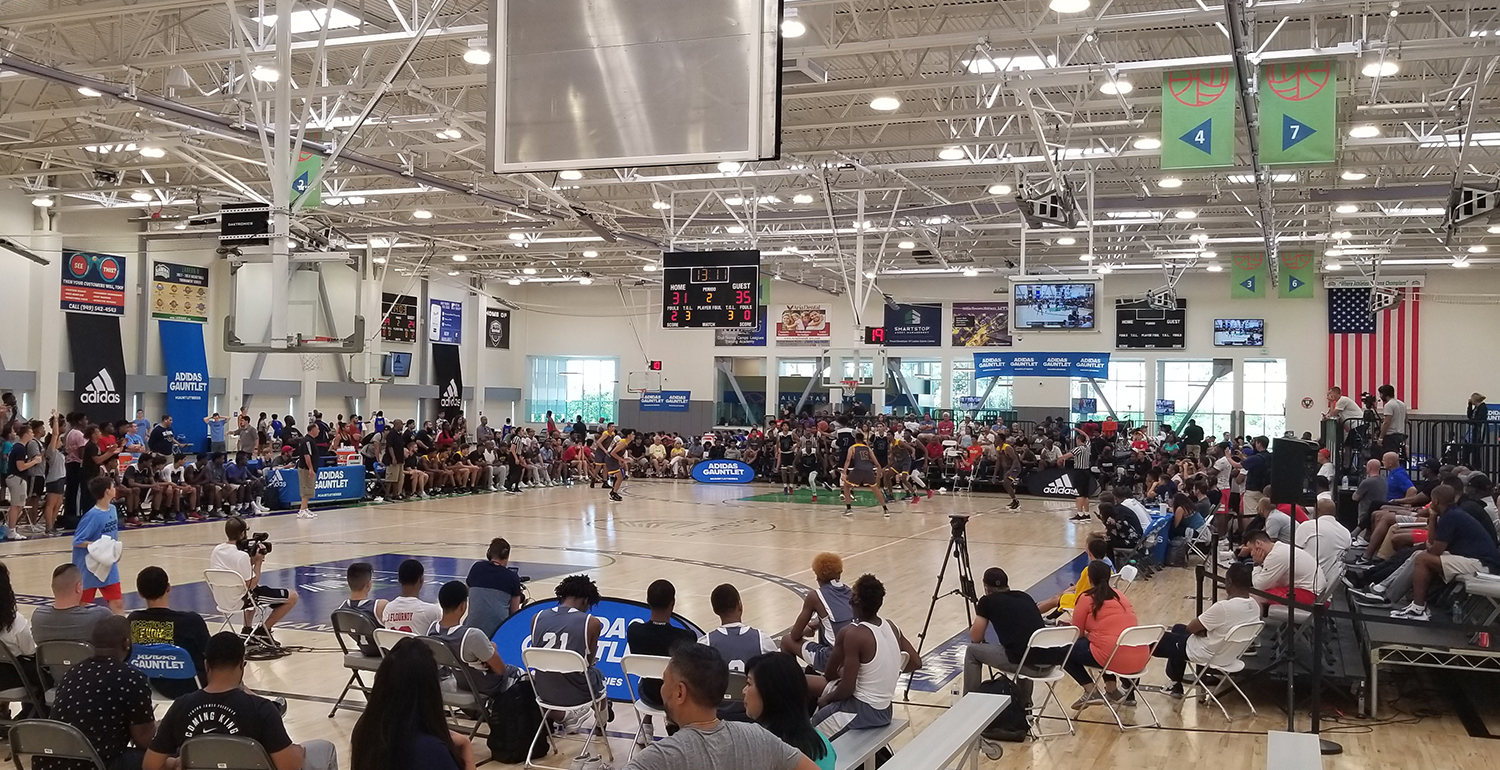 Once the Summer League wrapped up, the HallPass team headed straight to Ladera Sports Center in Orange County for our final 2 events: adidas Summer Championships and the adidas All-American Camp.

The adidas Summer Championships was a whirlwind of an event to prepare for after 2 1/2 weeks in Las Vegas. Within a 24 hour period, the HallPass crew had their hands full with gym branding, court layout and the setup of our livestream production. When it was all said and done, the team produced a complete rebrand of the facility as well as a build-out of bleacher seating for up to 500 spectators. During the event HallPass managed the @GauntletSeries Twitter account, sharing everything going on from game promotions to game highlights. On top of that, we had a team assist with quality control and on-court operations.

The adidas Summer Championships was a 5 day tournament featuring over 200 teams from all over the country, including those who competed in the adidas Gauntlet Series as well as teams not sponsored by adidas. Over the course of the event, HallPass live streamed 28 games on Twitch. The voice of adidas grassroots basketball, Jimmy Cook was on the call, joined by Doug Compton and Seth Greenberg.

At the end of it all, Compton Magic reigned supreme in another intense overtime battle, this time over Mass Rivals. Compton Magic continued their hot streak to claim their second consecutive piece of hardware of the Summer as the 17U Gold Champions. 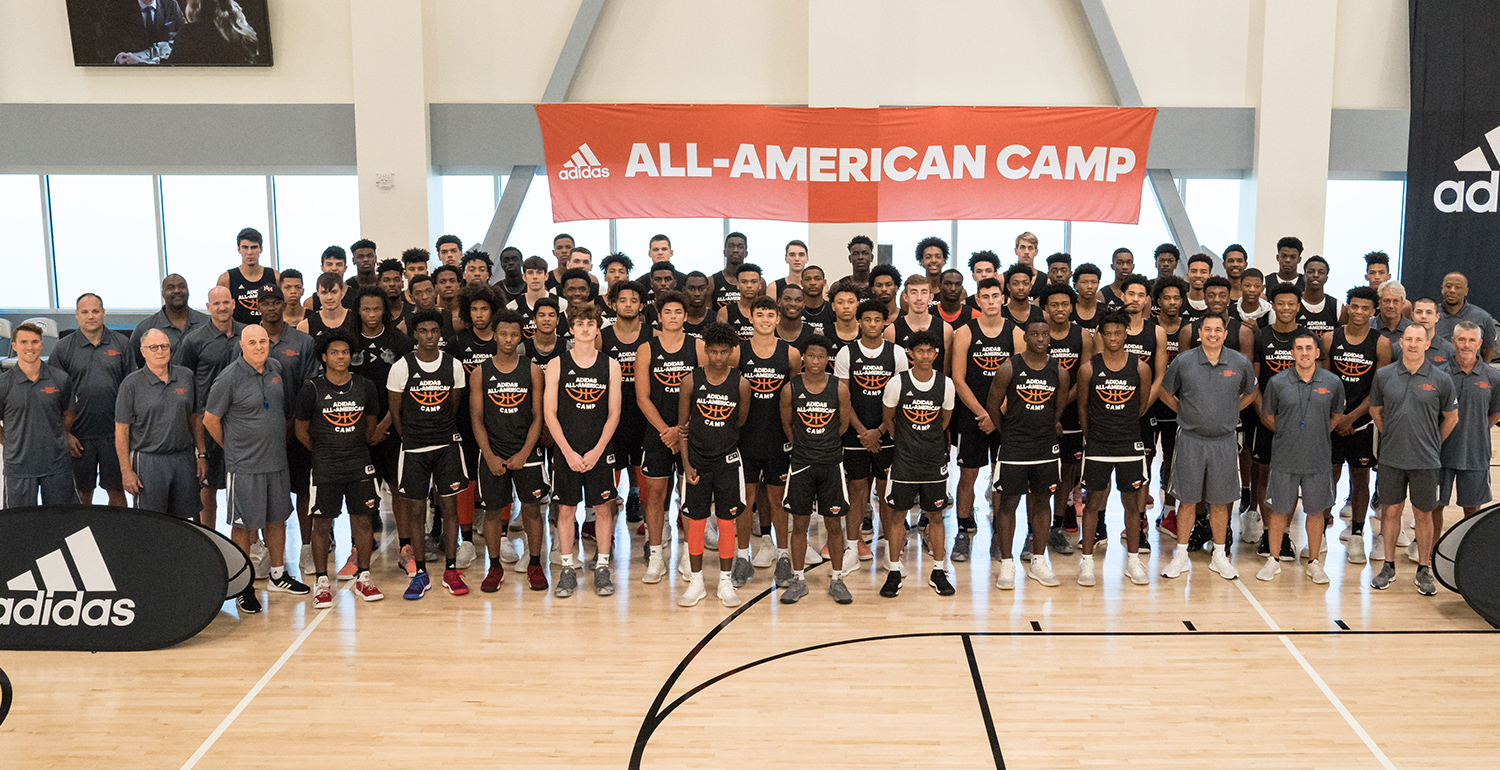 After the conclusion of adidas Summer Championships, the HallPass team performed an overnight overhaul of the facility for the inaugural adidas All American Camp. Our team rebranded and reconstructed the layout of the previous gym setup at Ladera Sports Center within an 18 hour window. Once the reconstruction was complete, our roles for the camp included managing hotel accommodations, hotel branding, live stream & video production, social media, quality control and laundry service.

The adidas All American Camp was an exclusive invite-only event that featured 70 of the top high school players in the country. In addition to the top high school talent, some of the top coaches in the country were invited to Orange County to help guide players as they progressed throughout the camp. The welcome reception opened up with a pep talk from camp director Seth Greenberg and a brief camp rundown from Albert Hall.

3 on-court sessions were held over 2 days for these top athletes to hone their skills under the guidance of elite coaches like Seth Greenberg, Mark Fox, Andy Kennedy and many others. The coaching staff put together a regimen that tested the elite talent, giving them a taste of what it takes to be successful at the next level through drills, practices and scrimmages.

In addition, the HallPass Team produced a live behind the scenes show on Twitch hosted by Jimmy Cook and NBA Executive Wes Wilcox. The show featured commentary of the activities and exclusive interviews with some of the top players in the country, coaches, physical trainers, adidas staff, program directors and camp director Seth Greenberg.

Camp ended with a celebratory sunset cruise through beautiful Newport Beach Harbor. Players were able to experience the Southern California lifestyle and reflect on the events that occurred with their fellow campers, families and coaches. A great mind and body relieving evening after the events we all endured together. 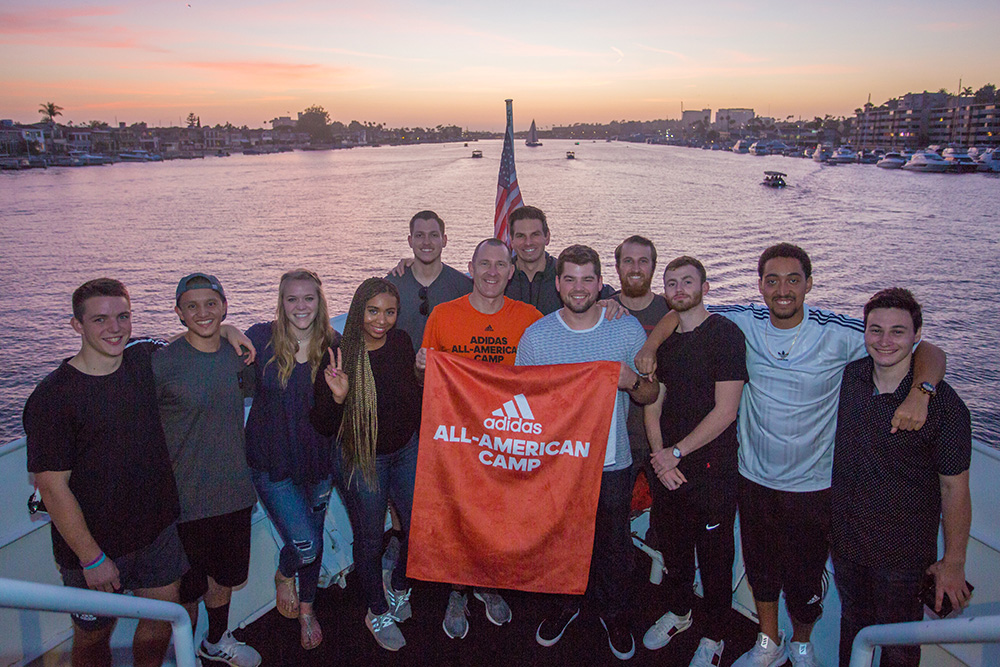