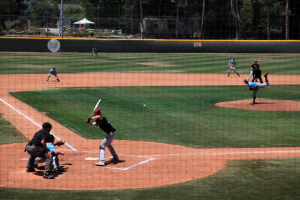 The third game of the 2011 Elite Baseball Series at UCLAâ€™s Jackie Robinson Stadium was an exciting one. In this matchup, it was another display of effective pitching and outstanding defense. Game three showcased all of the athletes talents, but three players stood out from the rest. The three Elite Players of the Game were #20Â Corey Dempster(OF) of Loyola HS, #16Â Cody Nulph (INF) of Orange Lutheran HS, andCortlan Cox of Alta Loma HS.Â Dempster was 1 for 3 on the day with a deep Home Run shot to left field.Nulph was 1 for 1 with a double, walk and an RBI. He also made an excellent run saving catch at second base late in the contest.Â Cox threw three scoreless innings for the Black Team, after trading teams. He was the winning pitcher and had a pair of strikeouts. The final score of Game 3 was 3-2 as the Black team came from behind in late innings to snag the win over EBS Blue.

Congratulations toÂ Corey Dempster,Â Cody Nulph andÂ Cortlan Cox for earning the Elite Baseball Series Game 3 Players of the Game nominations. That concludes this yearâ€™s EBS, stay tuned for additional updates and news on any of our Elite baseball players. A great thanks goes out to the UCLA and UCI baseball staffs for allowing us to utilize their spectacular facilities. 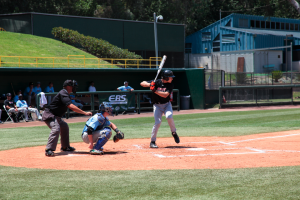